For those that had the opportunity in the past to ski with Altai Snowpark and Heliskiing, renamed to AMH now, and visited this beautiful place it is difficult not to start thinking about returning. Most likely before you even leave the place. I am certainly one of those and having been playing with weather and snow most of life, learned to accept the good with the bad. When it comes to weather, it just is, take it or leave, because one thing for sure, ..you're not gonna change it! Which brings me to the 2018 season once again.
As many of you know AMH was shut down on January 31, 2018 due to a lack of snow being the stated reason. There was some more precipitation in March, as there always is, but by then it is was late. Rumours has it there was some local and/or internal politics involved into this decision as well.

What is so disheartening is the fact that a new lodge was built in the fall to upgrade the Yurt Base. Some Yurts are still in place but as usual progress is unavoidable. Change, growth, and interest is on the increase and I'd like to encourage anyone to visit and visit soon, before the masses will take a run at this special place and make it into a mainstream menu item too. One less adventure place in the world! 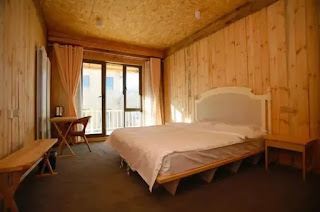 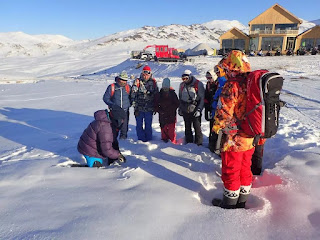 Furthermore, a whole new fleet of snow mobiles (10?) was purchased for that quick access to skiing from the base. 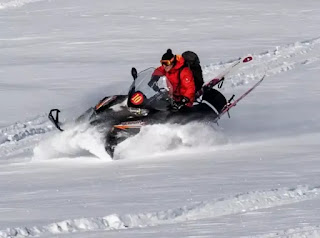 Did I mention the new buses? 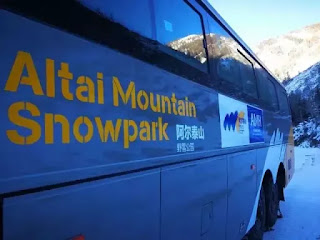 And also the EC130 arrived but was never put to actual heli-skiing use!


Here is a recent newspaper article I was made aware of. Having experienced Altai myself, I do not agree with some of the statements enclosed. For example, like skiing in -20C is often the norm in many powder locations, its actually when its best! Anyhow click here!

At this point I'm still awaiting the official (written) reply from Greg & Crew at "Great Canadian Heliskiing" which went to Altai briefly last winter to assist with the operations. I did discuss with them their initial impressions and Altai Experience. Stay tuned! :-)

Talking with the owners their plans are to open the 2019 season late October, early November this year and of course subject to snow. Let's see what to develops!

Posted by Willy Trinker at 1:21 PM